This would be yesterday evening at Freedom Convoy ex-HQ, where numerous racists, bigots, white nationalists, anti-Semites, anti-vaxxers, anti-mandaters and other assorted grifters and failed examples of human beings gathered to tell their colleagues they would be sleeping in their car tonight and did anyone have a spare toothbrush or some clean underwear and maybe a sandwich? 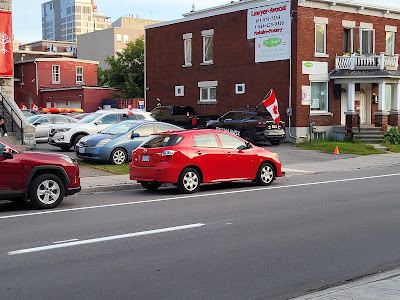 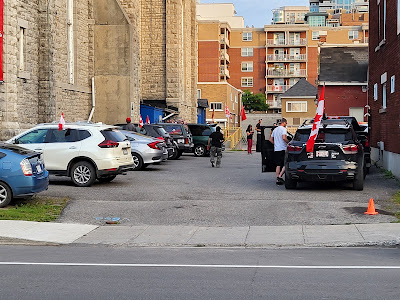 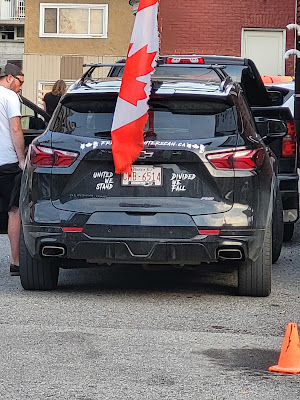 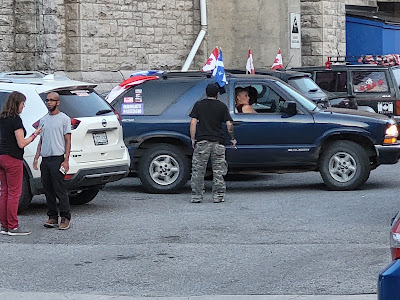 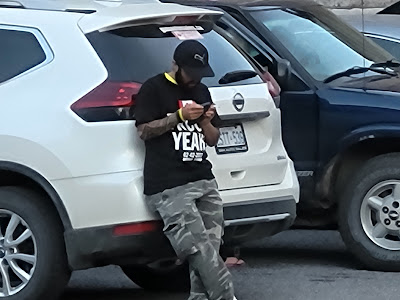 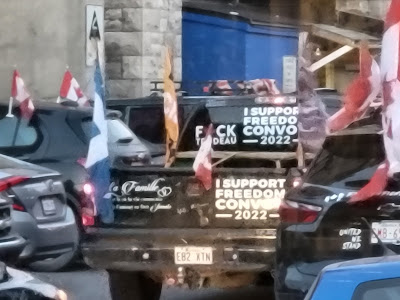 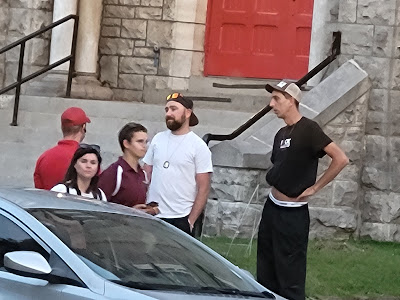 I believe I speak for all of Lowertown in sending The United People of Canada this going away card: 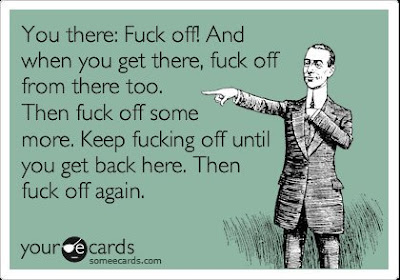 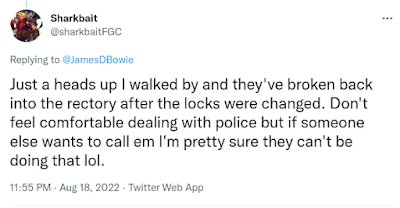 P.S. Good piece by the CBC, including this truly head-scratching pronouncement from TUPOC director Diane Nolan on whether rent had been paid:

Diane, sweetie ... either you're taking the position that the rent was paid, or you're not ... this sort of thing is not normally open to interpretation. That's kind of the way rent works, know what I'm saying?

There's something weird about an organization that, on the one hand, claims to have an entire team of crack, elite and crack legal professionals while, on the other hand, can't seem to figure out how to hand over a rent cheque.

P.P.S. The first part of the CBC video with Nolan is hilarious in its utter irrelevance, in that it seems that the interviewer asked her something straightforward like, "Did you pay the rent?", whereupon Nolan goes full-metal dingbat, yammering on about being from the heart, and voting red and orange, and community, and think of the children, and ... and ... well, it reminds one of this classic discovery exchange involving former NBA owner Donald Sterling, who ... oh, just read it: 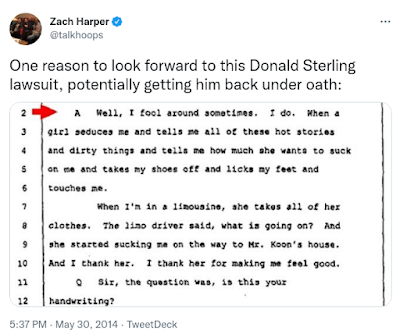 "Just a heads up I walked by and they've broken back into the rectory after the locks were changed."

"We showed proof of insurance to the police on Wednesday." Sure. What insurance, your car's pink slip? And how much, $5 mil? And did you provide a copy to the landlord? They're the ones that need to see it, not the cops.

A tip of the John Deere ball cap and a pass of the Boodles (sorry, we're poor and on a budget here in Sask) to you for keeping us informed.
Trying to find any information on social media means wading through huge piles of shit.
Between yourself and James Bowie (517 hearing today) I have been able to keep up with what is happening in Ottawa.
Thanks again.
Cheers!
I'll cash my empties in and try to do better next time.

Wait a second. They broke into the place after being tossed out on their asses? Good lord. I love how they say that Komer showed the proof of insurance to the police and (allegedly) paid the rent, and have now decided in their infinite "wisdom" it was in their best interests to bust the locks and occupy the building illegally. Seems like an interesting way to "improve" the situation with the owner of the building.

*Sighs* You know, I commented in a post yesterday, "I would ask if these idiots could be any dumber, but I'm afraid they might go, 'Challenge accepted!'", and lo...it has come to pass. Much, much quicker than I thought, too. MgS, who commented right after me in the same post, might be right in stating that these knobs are probably going full SovCit (though that comment had more to do with calling the place their embassy). Never ever go full SovCit...or become one in the first place. Even cops who were sympathetic/enablers of the Fuckers' Brigade this past winter don't care for those assholes.

Don't forget, everybody, that the right is the "law and order" side! :D