Another day, another plaintive screed from, this time, Rebel Media's Sheila Gunn Reid, holding out her chicken bucket and begging the rubes ^H^H^H^H^H supporters to toss in a few dollars so she can go to Poland and yell questions from the other side of a fence at diplomats who haven't the slightest interest in what she has to say: 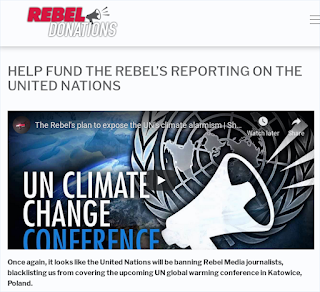 But all this raises the obvious question -- after all this time, why isn't Rebel Media self-sustaining? After all, they've had over three years to develop and implement some sort of business model and yet, week after week, we hear Ezra or Sheila or David "The Menses" Menzies exhorting the yokels to open their wallets over and over and ... well, you get the idea. So what's the problem here?

One would think a viable business model for Der Rebel would be to simply sell advertising. After all, with over (as Ezra likes to boast) a million YouTube subscribers, surely one could appreciate that The Rebel has developed an audience, so why aren't advertisers lining up at Ezra's door to hand over cash for some prime real estate at Rebel's home page? And therein lies the problem.

I believe it's safe to say that Ezra and his assorted collection of racists, bigots, white nationalists and anti-Semites has become so unspeakably toxic that no one is willing to take a chance on being associated with them. I believe it's safe to say that Ezra had the opportunity to actually become an alternative media outlet (catering to the intellectually shortchanged, mind you) if only he had managed to restrain himself and not lash out savagely at anyone and everyone that crossed his path. Sadly, that was not to be, and The Rebel has, at this point, pretty much burned every conceivable bridge in terms of attracting paying advertisers. Ever.

Don't believe me? Take a look at Rebel Media's current home page, where you have to scroll all the way to the bottom to find the link for potential advertisers: 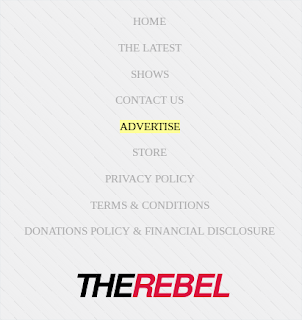 and if you click on that link, well, this is what you get: 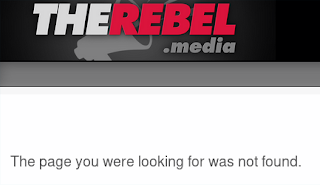 That's right ... even Rebel Media appears to have accepted that they are so toxic, there's no point in even trying to attract advertisers.

Rebel Media loves to brag about its independence, that it takes no government money, and never will. But none of that principle ever prevented Ezra from making money off of advertisers; no, what prevented him was his inability to control himself, to the point where no one wants anything to do with him.

So the next time someone at The Rebel passes around the chicken bucket for donations, perhaps the proper response should be, "If you people weren't such reprehensible yobs, maybe you wouldn't need to be constantly asking us for help."

It's just a thought.

AFTERSNARK: The toxicity of the Rebel Media brand can be seen here, wherein the grownups at CFB Borden want nothing to do with even accepting charity from the Rebelers. It gets even funnier when a second military charity takes a pass.

The Rebel Media version of "Where Are They Now?"

Given recent entertaining developments, it behooves your humble correspondent to explain the etymology of the word "behooves." No, wait, that's not right. Actually, at this time, it seems only appropriate to take a look at the history of a number of ex-Rebelers to see what they're up to these days. And it is not a pretty sight.

Let's start with Gavin "10 Things I Hate About Goddamn Motherfucking Jews" (or something like that) McInnes. It appears that, with the FBI finally designating his Proud Boys as an "extremist group", Gavin has decided that pathetic, abject cowardice is the better part of valour, and has bailed (possibly to avoid legal liability, but that's just a guess). 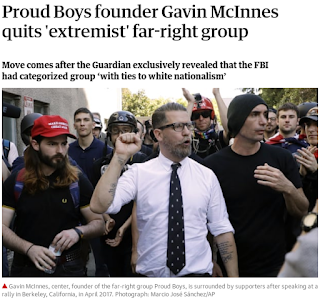 Next up, the always coruscating Laura Loomer, she of the self-inflicted slashed tire:

Recently, Laura made news by finally getting her sorry ass permanently suspended from Twitter: 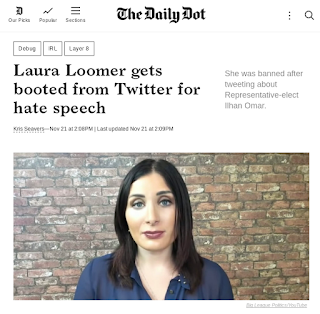 Moving on, we have the one, the only, Stephen Yaxley-Lennon ... that would be "Tommy Robinson", whose main claim to fame is to having been in prison once, and being too stupid to not understand you shouldn't break the law twice exactly the same way: 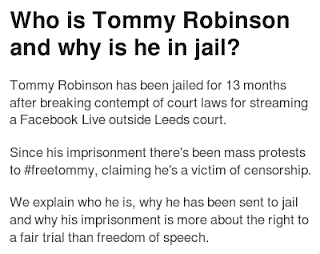 More recently, Tommy was refused a visa to enter the US to demean and denigrate Muslims. The U.S. will never appreciate the bullet it dodged.

And now, our next contestant ... say hello to the always-execrable Lauren Southern who, mixed in with all the other ways she is a total bitch, managed to be so utterly racist that she was banned from entering the UK: 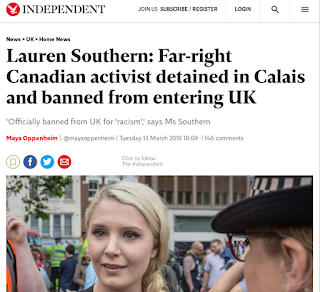 And to round out this collection of grifters, hucksters and snake oil salespeople, we finally get around to Faith Goldy who, while she's somehow managed to avoid being arrested, charged, indicted or the like, managed to be too neo-Nazi for even Rebel Media (if that is even physically possible): 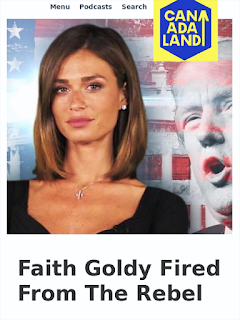 Check back in a few months from now to see if the police blotter has grown at all. 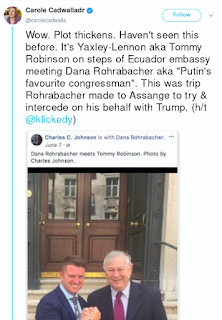 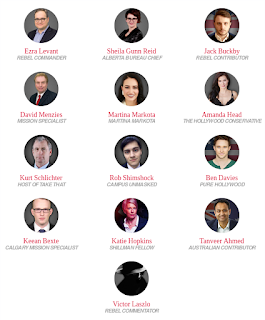 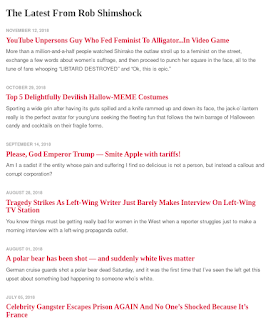 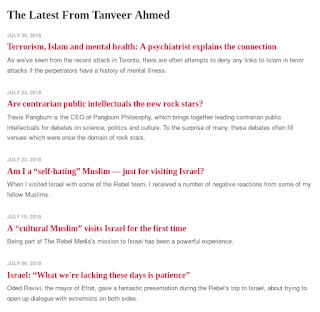 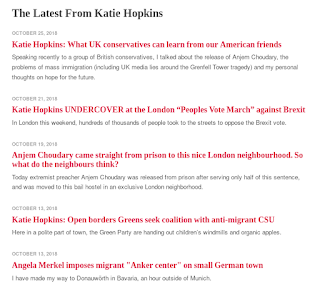 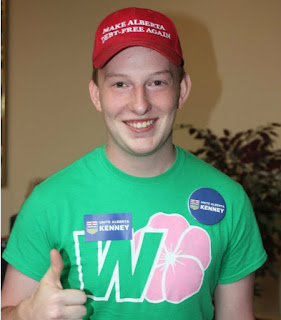 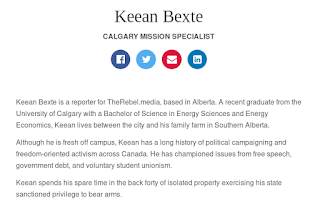 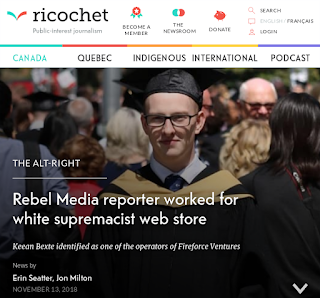