It's not like I haven't warned you about this maybe eleventy gazillion times over the last couple years, but here's the latest casualty of Rebel News' "Fight the Fines" supergrift, wherein Rebel News' openly encouraged people to deliberately not follow public health regulations and amass spectacular fines with the promise of what has turned out to be hilariously inept but free legal representation: 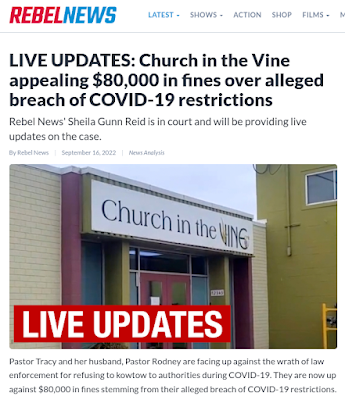 So, a few things about this.

First, as I have explained on more occasions than I care to count, I warned that that entire grift involved Der Rebel offering, not to pay any fines, but to simply hand over bags of cash to a carefully-selected group of lawyers who would get thigh-suckingly rich off of all that dosh, while hanging said clients out to dry to pay their own fines once they lost in the court. (And if one follows developments, many of those gullible marks are now losing bigly.) In any event, that is observation one: Not a dime of any of that donated money will ever see its way into paying the eventual fines; rather, every dollar of it is going to Rebel News and its lawyers. This is not a controversial statement, it's in the very definition of that grift: 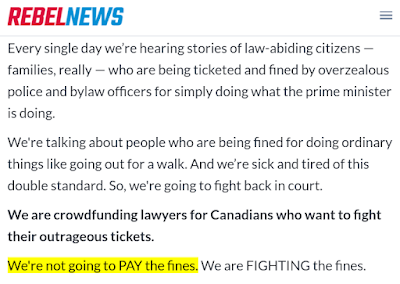 None of the above is surprising, this has been covered before. But there's more.

On top of the fines, said gullible marks will also be liable for associated court costs, which Rebel News will not pay and which, in some cases, are actually more than the fines: 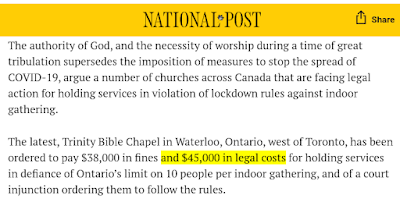 So who knows what the costs are in this case, but Church on the Vine is going to have to hand over all of that as well. And is that as bad as it gets? Of course not.

But even after all that, there is one point that I think is going unappreciated -- that any competent and ethical lawyer would have told these people that they were going to lose right from the get-go. Without question. No doubt about it.
You see, despite what the yammering legal blowhards from Der Rebel might have said, there were never any constitutional or Charter rights issues in play here. None. Ever. Despite what Gunn Reid has been spewing all this time, this never had anything to do with repression of religion or whatever the fucking nonsense was that she was horking up. It was nothing more than public health regulations, and the fact that some people chose to ignore them. You don't need to take my word for this; go back and review the previous rulings, that make all of this absolutely clear.
In short, any responsible and principled lawyer, on being presented this case (or others like it), would have said, "You're screwed. You broke the law." Instead, all of the evidence suggests that those opportunistic lawyers strung along numerous clients with the promise of eventual victory based on, you know, the Charter, and the British North America Act, and the Magna Carta, and the Code of Hamunaptra, and on and on and tediously on, never once advising their clients that, in all likelihood, they were going to lose.
And now we're seeing the fallout from all of that, as one "Fight the Fines" client after another, after fucking around, is now finding out. And it's safe to say, there are going to be some very expensive lessons.
On the other hand, churches going out of business is never a bad thing so ... there's that. 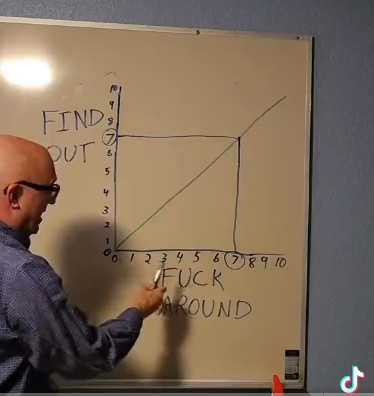 P.S. Legal-type minds are invited to weigh in on the ethics involved in:
Does any Canadian law society address these sorts of shenanigans? Just curious.
Posted by CC at 5:39 AM

Without seeing the retainer, it's impossible to know what the lawyer and client agreed to. Chances are it contains a warning that there's no guarantee of success in court, and the client will be responsible for any fines/damages and cost awards. Unless a client complains, a law society is unlikely to get involved.

I'm sure there is a standard retainer that insulates a lawyer, but keep in mind, what we have here is one party that is actively *encouraging* people to break the law with a promise of free legal representation and fundraises based on that, then turns around and hires a carefully-selected gaggle of lawyers who subsequently do quite well financially providing representation for cases that it must be clear are going to be losers.

Maybe there's nothing unethical about this, but it sure seems sleazy and opportunistic.

One way to change laws that you don't like is to get test cases before the courts in the hope that a judge will strike down the law. I'm playing devil's advocate here, but how is the Rebel scam significantly different from what LEAF, that bug-bear of the right, does? LEAF advocates for gender equality, and this can involve encouraging sex workers actively breaking the law to challenge those laws. Clients are then referred to a carefully selected group of lawyers, and so on. Those cases are also likely to be losers because laws are being broken. But that's the chance advocacy groups must take.

It's a variation on the political grift Kenney and others pull - he would Stand Up For Alberta by using Alberta's money to sue the federal government for all sorts of losing reasons. His lawyer friends did fine, Albertans did not.

The lawyers they obtain for fight the fines legal representation always look like Lionel Hutz from the Simpsons or Saul Goodman from Better Call Saul. It makes one wonder is all the money they raise going to lawyers or only a small percentage of it?