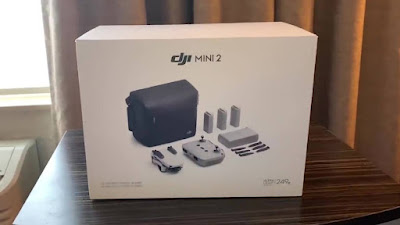 And once I get good at this, next will be a DIY-model where I can build the Linux-based firmware myself, perhaps something based on dronecode.org.
Posted by CC at 4:11 AM

I wonder how a certain "embassy" would react to one of those in their airspace.

That would be breaking all kinds of laws; drones are seriously regulated and you need to have, at the very least, a basic drone pilot certificate to operate one -- https://tc.canada.ca/en/aviation/drone-safety/drone-pilot-licensing/getting-drone-pilot-certificate.

I'm working on getting mine now.

As I staggered from tent to tent at the Toronto Cider Festival last weekend, I noticed a small drone filming festival goers about a kilometre away from the Billy Bishop airport. While I mused on the legality of that, I got distracted by a particularly nice cranberry-infused cider and forgot all about it. Maybe I'll look into it again.

That sort of thing could be legal as long as the operator had been hired, and had an advanced drone pilot certificate. But that close to the airport seems sketchy.

I wanted to take some video of a friend walking dogs in Calgary and got a notification, through the DJI fly app, that I needed permission to fly that close to the airport (a few kms away). I had to email to request permission and got an auth code via SMS. I still got a warning a while later but nobody has come knocking... yet.