Because I care, that's why.


"Right Girl" Wendy "Conservative Girls are Hot" Sullivan demonstrates that she understands her readership during a current fundraiser.

Let me dispel the suspense: 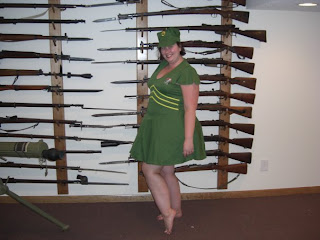 There. I just saved you twenty bucks. Now get back to work.

That's just wrong on so many levels that I don't even know where to begin counting. Bad CC ...

cripes boss. working with a little bit of a hangover here this morning. this not helping.

Check out the crazy eyes. I've seen a few images of her (she used to plaster them all over her previous side-show of a blog) and they're always like that.

Holy have you called Jenny yet, Batman.

$100 for a shot of a bra? Feh.. I can get better than that off the net for free AND I wouldn't have to send money to a hack.

So I guess when you're desperate for money all those much vaunted conservative morals go straight out the window.

Is that a rocket launcher on the bottom left? (This is tooooo weird...)

Oh, thanks a heap. I had been considering getting an erection at some point this weekend.

Forget the erection, that is enough to make me play for the other team.

a hunert clams just for cheesecake?! i don't even want to begin to extrapolate what she might charge for a beej....

Being on the other team I say, in a Nelson Muntz voice: "Ha ha!"

Nooooooooo! How much do I have to pay for her to keep it on?

What is she trying to raise funds for?

What is she trying to raise funds for?

Liposuction and/or a personal trainer? What? I'm just sayin' ...

The post says she is fundraising. I can't go to the site to learn more, so just wondering.

something to do with the uso, ls. she's got a link to another blog, where i expected to find more info, but, as with most connie blogs, all the gizmos there crash my browser.

I thought she was Canadian while USO is for US troops?

That explains the arsenal in the picture background though. I assumed it was just that she needs a lot of hunting weapons to keep her in food.

"What is she trying to raise funds for?"