How stupid is too fucking stupid? The Richard Evans drinking game.

The MoonBats are continually screaming about CEO compensation.

Except, it seems, when it comes to Oprah.

She pulls in 250 million/year and this is what we get from the left side of the blogosphere: [listen] [crickets chirping]

Why do you think that is?

Yes, that would be this Richard Evans:

Hello all. Sorry, I've been derelict in my posting duties here, as a result of the Great Canadian Debate experiment, which, despite how little we have to show for it so far, has been surprisingly labour intensive. Anyways, things are moving along, however slowly, and here's an update for all you paying attention...

The "First Round" of Debates, which we hope to start posting next week, are here in no particular order:

Must a person be in favour of the Afghan war in order to "support our troops"?

So let us all prepare for the impending amusement, where you will work your way into a state of irresponsible intoxication according to the following rules:

Come on, come all. It's fun for the whole family. I can't wait.

P.S. Dear Paladiea: I have to admit, you are one clever lady. Promoting a series of allegedly intellectual debates and, as your first offering, getting the clinically deranged and intellectually infantile Richard Evans to represent the Right? Genius. Absolute fucking genius. Even I couldn't have come up with such a deliciously evil plan.

We can pretty much all agree that leftists hate talk radio, yes?

Um ... no, Dick ... only the irredeemably retarded among us would "pretty much agree" with that hideously overgeneralizing bit of stupidity.

Please, Paladiea, let's get that first debate up. This will, I'm sure, represent a whole new standard in high expectations versus low actuality. I can't help thinking that presenting Dick with a coherent and logical argument is going to end up something like, well, this: 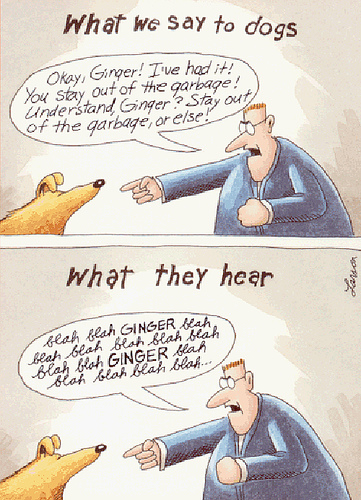 And I'm being optimistic.

I'd be shit-faced and unconscious with a head-wound after Evans's first sentence.

Who's Oprah?
That would be Oprah Winfrey the CEO, founder and main product of Harpo Inc, (try spelling it backwards) which exists to produce Oprah's TV show, magazine, perfume and whatever else her name gets put on. Without her, there would be not company. I don't think the same could be said of Jack Welsh or the head of Exxon or Archer-Daniels-Midland or Ford. And I don't think even Dick Evans is dumb enough to want to get into a discussion of shitheads like Conrad Black and Kenneth Lay.

I was being "hilarious," Rev. Dumbos like Evans always think celebrities like Oprah mean exactly the same thing to everyone, everywhere.

Harpo Inc. is a private company, which indicates just how really ignorant Evans is.

You named a drinking game after me? How nice!

I don't know what the hold-up is with this silly debate. I wrote my piece ages ago (took all of about 15 minutes) and sent it to Olaf. I haven't heard anything back yet. Whatever... Evans is so dead in the water on this one. Maybe I'll just publish it anyway and let them go about their business. My argument is completely irrefutable, so it's kind of a done deal, but it would be somewhat amusing I guess to see what Richard comes up with.

Can we adjust the rules of the drinking game so that we club Dick unconscious with a bottle everytime he calls someone a moonbat? Please?

And Ti-Guy, I knew you goofin' - I just want to make the point that comparing Oprah - who I personally don't really care for - to the CEO of you run of the mill corporate giant was not just comparing apples and oranges, it was comparing ostriches, hovercraft, constitutional law and Calvinism with one another. That is to say, complete boolsheet.

I dunno Rev., I always thought that Calvinists kind of had their heads in the sand, myself...