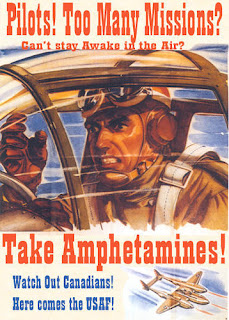 A Canadian Press report, featured on CTV covers the Department of Defence Report into the friendly fire incident that left one Canadian dead and many wounded last year in Afghanistan. The report concluded that the incident was preventable.

"U.S. aircraft were in the area keeping up the pressure, and the pilot of the A10-A was tasked with strafing a target that moments earlier had been hit by a guided bomb dropped by another American aircraft.
He was supposed to use the fire and smoke generated by the bomb to identify where he was to shoot.
"He mistook a garbage fire at the Canadian location for his target without verifying the target through his targeting pod and heads-up display,'' the report said.
"The incident was preventable. If the incident pilot had verified the target using the targeting pod and heads-up display, he would have realized his error and discontinued the attack.''
The report said the pilot was disoriented by changing light conditions as night transited into day in southern Afghanistan and had removed his night-vision goggles.
"The transition period between night and day is a difficult one for the pilots because their eyes must adjust to ambient light and the cockpit instrumentation lighting also needs to be adjusted,'' the report said."

Having recently seen a video of an A-10 Warthog in action, it would not take very long to inflict incredible damage. Given all of the millions of dollars of technology, redundant systems and computerized guidance and telemetry this incident still comes down to human error. On the one hand, I feel for the pilot, knowing that he has killed one and wounded thirty-six allies. He will pay for that momentary lapse with the bitter coin of conscience for the rest of his days. But given all of that technology, his lapse should not have occurred.

Why did the pilot not have an exact coordinate for the guided weapon? It was guided and targeted from somewhere, that data should have been in front of him. Why was a mission being flown at a time when the known vulnerability of the weapon system put both that pilot and those on the ground at risk? What other conditions were critical to a chain of events that led to such a tragic error? How long had the pilot been in the air and what was his condition? Exhaustion, stress and fatigue are likely contributing factors to this sort of event. In terms of simple judgement, I question that the pilot couldn't differentiate between a rubbish fire and the result of a fresh, guided missile impact. That speaks to a lapse of training. When I was a kid on the firing range, we were told over and over again, never squeeze the trigger until the range is all clear and there is absolutely no question otherwise.

With condolences to the family of Private Graham and best wishes for the full recovery of the wounded, here's to hoping that the American forces implement the necessary adjustments in their systems and training to prevent any such future disasters.
Posted by Lindsay Stewart at 11:21 PM

I have a very small amount of information about this incident, because I met one of the men wounded in this incident not long ago. He's a reservist and he had been in Afghanistan only a few weeks when he was hit by the American.

As it turns out, the pilot fired for only a second or two before breaking off the attack -- as though he realised, just as he touched his trigger, that something was wrong. However, those cannons fire thousands of rounds a minute (upwards of four thousand if I remember right), and it took only that very brief time to chew up a whole platoon's worth of soldiers.

But what I'm getting at is that it was even less a sure thing when that pilot fired than it seems. There was doubt. It was preventable.

The question is, what do we have to do to get the Americans on our side? This soldier I met is not asking for anything from our military or theirs -- he's at peace with the whole thing, and good for him, too. But it's the duty of the rest of us to ask our government and theirs, what are you doing to protect our people from this? What will you change to make this never happen again?

Because my young crippled friend won't ask. The military won't ask. That kind of thing comes from you and me. And if we owe these dead and wounded anything, we owe them that.