Given that the current FINTRAC- and Emergencies Act-driven freezing and seizing of bank accounts is restricted to either active participants or (apparently) "influencers" of the laughably-misnamed "Freedom Convoy," one ponders why legal butt plug Chad "Chad" Williamson is not wondering why he suddenly can't pay for his fourth martini, given his open involvement with Rebel News and legal assistance for truckers: 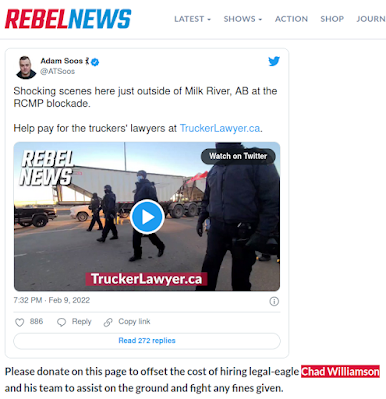 If FINTRAC is legitimately going after anyone who has been offering material or financial assistance to an illegal occupation and numerous obvious examples of criminal activity, then it seems only logical that both Chad and Der Rebel have some serious 'splainin' to do, no?

I'm just throwing that out there.

HMMMMM ... curiously, the Rebel News crowdfunder hoovering up cash to buy Chad a second above-ground pool seems to have been "frozen" at 80% of donations for at least a couple days now: 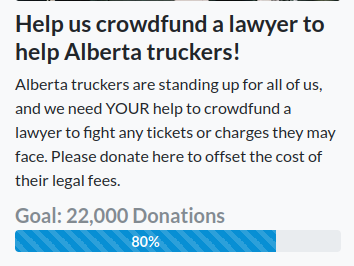 Whatever could that mean?

"...If FINTRAC is legitimately going after anyone who has been offering material or financial assistance to an illegal occupation,..."

One suspects that there will be a lot of conservatives going to be caught in that.