Would it be irresponsible to speculate? 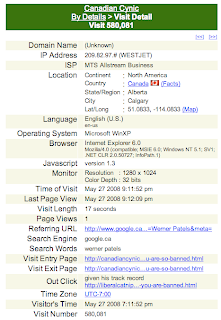 And what exactly would someone from WestJet be doing googling on one "Werner Patels?" One can only speculate, but isn't it amusing to imagine that the Weiner applied to WestJet for a job ... and they got his application ... and they methodically Googled him ... and the hits on the very first page of Google output brought them here. At which point it was just downhill at ever-increasing speed.

And given that the word "banned" seems to keep coming up, well, that's kind of the next obvious step, isn't it? And that's when you crack open a cold one, make yourself comfortable and have fun.

This is, of course, all rampant, completely-unfounded speculation, but it does seem to fit a pattern of batshit-crazy, drooling, right-wing hatemongers having their public words come back and take a chunk out of their ass. And maybe the Weiner is about to learn the same ugly lesson. And you know exactly where I'm going with this, don't you? Yes, yes, you do.

Are you paying attention, Twatrick? Because you can't say you weren't warned, but instead of taking some good advice, you chose to froth and foam like the emotional and psychological 8-year-old that you are. And now ... well, take a good look at the Weiner's situation, because it's kind of like staring into your future, isn't it?

you gotta figure Patsy is watching this and realizing that the CC strategy of simply giving him enough rope is more than just viable, it's practically airtight -- and Patsy is stuck inside the jar watching his own bullshit and venom seal the last of the air holes.

Yes, it's sort of like that, isn't it, Twatsy? And all totally self-inflicted. Isn't that the best part of it all? 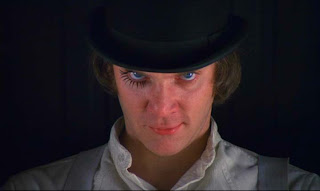 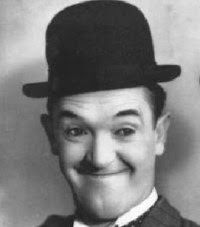 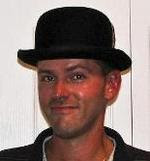 I didn’t even realize Werner was still blogging. What a hilarious picture of himself he’s got on his latest new & improved site. He looks like a demented extra from A Clockwork Orange rather than a purveyor of “common sense”…I also like how he quotes himself as being “one of Canada’s finest pundits”… Uh-huh.

I second the "demented extra from A Clockwork Orange for Werner's picture.

It's a cross between a droog and Stan Laurel.

And, yes, another fine mess he's gotten himself into. ;-)

Your object lesson sadly will not impress itself upon either Werner nor Patrick. Both of them are so positive that they are right and are fighting a just cause that they believe anyone would look upon their net history and see someone of great character and bravery.

They just don't get that even if they are right (and I have yet to see either of those nut jobs be even close to right) attacking people using the dishonest and sleazy methods they use it immediately invalidates their point to the objective viewer.

Companies simply do not want to hire people of such poor character, seemly limited intelligence, and questionable sanity. If you leave a trail on the net, under your name, you had better make damn sure that your net persona is squeaky clean. Even one ill tempered remark can knock you out of contention for a job, even if you are right and are better qualified then most other applicants.

When you consider just how much of the volumes of material these two have spewed out has been of the less then civil and incoherent side of a debate they are literally giving HR ample reason to not consider them. A pattern of illogical, partisan attacks with very little basis in realty is not going to help your cause.

I think the hat has something to do with his hairline.

Wow, he looks even more smug and smarmy than I pictured him, though the bowler doesn't help.

I think most people can get away with a certain amount of misbehaviour and hijinks on the intertoobz -- a Tory MP is unlikely to hire me as a constituency assistant,but that isn't a job I'm likely to seek, but otherwise I don't think I've anything to worry about.

Kathie, Wendy, Patsy and Werner however,and several of their playmates have moved well past the simple "doesn't play well with others" warning into "almost guaranteed to land you in court eventually" territory. They really are going to be limited to self-employment of some kind. I think Wendy has some experience with that which has been previously mentioned...

The IP address you show belongs to Rhys Courtman, a regular reader of my site and a Westjet employee.

You really need to improve your sleuthing skills.