Yes, Ezra Levant is a lying sack of shit. 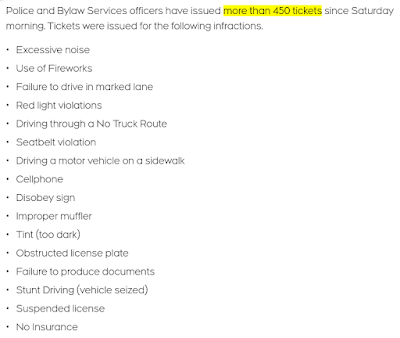 So, yes, nothing has changed and Ezra Levant is still a swinishly dishonest piece of execrable human garbage.

Thanks for stopping by.

P.S. I am apparently not the only person who suspects Ezra is melting down just a wee bit, with the announcement of a Parliamentary commission that wants to chat with GoFundMe about the origin of some of those massive anonymous convoy donations, and where all this dosh is coming from. One suspects Ezra might be getting a wee bit nervous about just how hard he's going to have to work to conceal all those transactions.

Anyway, that's just what I hear. For what it's worth.

BONUS TRACK: It's moderately entertaining to see how (lying sack of crap) Ezra Levant -- from the safety of his condo in Toronto -- downplays the severity of the current occupation of Ottawa:

Sure, it's just some truckers making some noise by honking their horns; it's not like it's, you know, a relentless aural barrage of big rig air horns for hours a day at a decibel level that can easily cause permanent hearing loss or anything.