You know, maybe that guy had a point after all.

“We will have diverted all that money to address the least likely threat while the real threats come into this country in the hold of a ship, or the belly of a plane, or are smuggled into a city in the middle of the night in a vial in a backpack.” 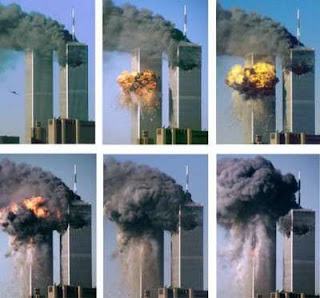 Won't it be terrific to have the grown-ups back in charge?

Biden was talking about money for missile defense to protect against an attack from rogue nations with nuclear weapons.

I'm not in favor of missile defense systems but let's not get carried away by what happened on Sept. 11, 2001.

Yes, it was a tragic event but the total loss of lives in Washington and New York on that day don't come close to real threats like using your military might to invade another country or letting thousands of people die for lack of health care insurance.

If Obama and Biden are proposing to spend billions of dollars to inspect every ship and backpack that enters the USA then they don't deserve my support.

If Obama and Biden are proposing to spend billions of dollars to inspect every ship and backpack that enters the USA then they don't deserve my support.

As opposed to spending billions invading other countries because somebody did smuggle something in a backpack?

Or as opposed to spending hundreds of billions of dollars (cumulative) on a missile defense system?

Of course, I'm too cynical to think for more than a second or two that the Democrats, the most useless bunch of do-nothings ever seen for the past 8 years, will possible have the guts to end the missile defense debacle. No matter the popular support and winning elections, they'll somehow find a way to justify it.

The missile defense business is a maaaagic money well with a giant bucket pulled by a rainbow unicorn.

Of course it's never going away. It is one of many magic money wells in the USA.

Let's face it, America has nothing left but war and weapons to sell.