All in all, you're just another brick in the mail.

P.S. And it hasn't gone unnoticed: 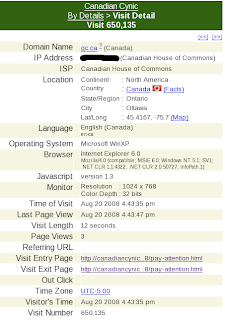 But remember, kids, don't try this at home -- we're professionals.

That's it! I just got one, I'm going outside right now to get a brick! Damn! Hahahahahaha!

I've missed something--wasn't there a rule about not sending unfranked packages?

I'm wondering what office it arrived in. It was addressed to the government caucus office in Ottawa (the legality of which I'm still not convinced of), but the message on that forum is apparently from a guy in Cambridge. Did it go to a local MP's office? I need details!

ROTFL! And most of them seem to have a sensahuma about it, too. Those that don't are out looking for clues.

I got mine here, and a whole pile o' bricks on my deck. Tempting. It's mighty tempting.