I ask again, where did all that legal defence dosh go?

This would be Ezra Levant and Rebel News, insisting that they were collecting untold millions to leap to the legal defence of any fined/ticketed/charged truckers involved in the Coutts blockade: 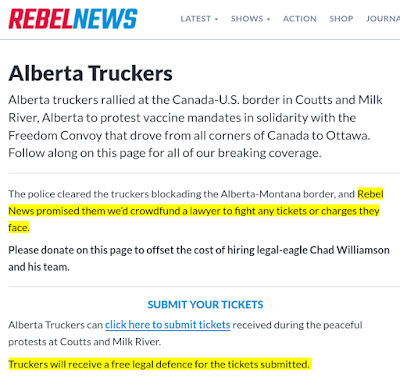 Curiously, we have at least one report that a number of those charged do not have legal representation: 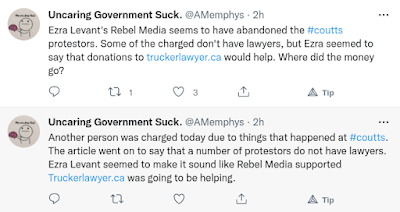 An explanation would seem to be in order. Does anyone have Chad Williamson's phone number? You can't have irrelevant without levant.