Who cares what the story is?


Sometimes, it's enough to see Conservative MP Angry McPointy in his natural environment: 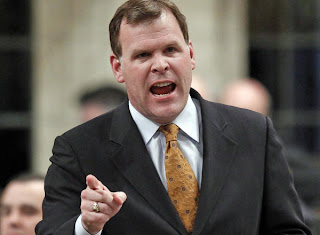 You give him too much credit. I doubt he can even get it up.

The thing about Baird is that his nostrils are permanently flared.

Must have been a chronic, thumbs-only nose-picker as a kid.

The article is quite amusing:
Here are Mr. Baird’s answers to allegations his former caucus-mate was given special treatment:
1. The transparency defence. “We would not be having this debate about documents if it were not for the government which made all these documents public,” Mr. Baird said. “It was the government which put all these documents before a parliamentary committee. That is transparency.”
“This government brought in tough new laws on lobbying.”
2. The bad lobbyist defence. “Mr. Jaffer got no grants, got no money as result of any of his meetings,” Mr. Baird said.
3. The you-did-it-too defence. “Compare this to the previous Liberal government where millions of dollars went missing and the Liberal Party found itself in a position where they had to return some of the kickbacks that they’ve received to taxpayers,” Mr. Baird said.

He looks like a Claymation character in a Wallace and Grommit movie. One of the bad guys.

Not a power top--He's so loud and in-your-face in public it's clear that he likes being on the rough end in private.

Hope someone gets photos some day.

Personally I'd claw my eyes out before looking at them, but the Canadian Press would have a field day.