As progressives, it's our responsibility. 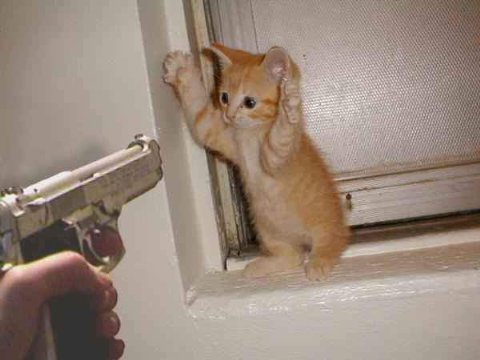 I'm an executive member of a prominent writer's group in Canada, and I'm frustrated as hell that I can't get them to even send a letter to the PM and cabinet minister about this issue.

If you want to give the government the benefit of the doubt, then yes, you could say that they have the right to stop people from using their day-job association with the government to promote their private publication. And perhaps he should have had "environmental scientist with 35 years' experience" instead of "Environment Canada scientist" on the press release.

As we've seen down south, it doesn't take one major issue, it takes a thousand little concessions. If we keep saying "on the next issue we'll get 'em", we eventually run into the wall of "there's nothing left we can do".

I wonder how long it will be before we hear about a soldier being ordered not to speak about his experiences in Afghanistan. Because that's what we're heading for here.

Phew. Had to vent. Thanks.

I wonder how long it will be before we hear about a soldier being ordered not to speak about his experiences in Afghanistan. Because that's what we're heading for here.

Well, I did send an e-mail to my mp and to what's her name. I don't expect an answer. I told him even elementary school kids know the difference between science fiction and reality. Of course kids see quite clearly. Adults, well, not so much.What struck me was the medium ( government policy) delivered the message
(do you like your day job) quite effectively.As a former government worker, I saw that clearly. You must not tell the truth even in fiction. I guess now I do have to buy the book.

I've gotta stop predicting the what-comes-next. I'm just not fast enough to keep up with the Harper crowd.

My MP (or at least his staff) does do the courtesy of answering every question and comment I send. Not that it'll do any good. I told him I was going to work for the Liberals in the next campaign when Harper refused to work with the ethics commissioner. That was enough for me.

M@, at least your MP's office _answers_. That's more than I can say for Jason Kenney's office.

MP not allowed to speak with a note from the PM. Check

Next on the adjenda, muzzle the Blogosphere,...

Now lets see, when Martini and librals were in power some people complained that it was dictatorship and we had no freedom. I guess this is thier idea of more open, transparent and accountable government.

When can we expect the political re-education camps? I'm just asking cause I figure I'll be one of first visitors to those camps. Cynic will very first in the camps as well.