Graduating from stupid, and moving on to dishonest.


Taking it to the next step, members of Canada's Sleaze-o-sphere are now being conveniently selective in their quotations as right-wing loon Weiner Pratfall does some careful snipping. 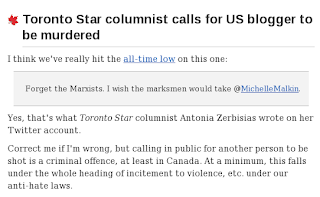 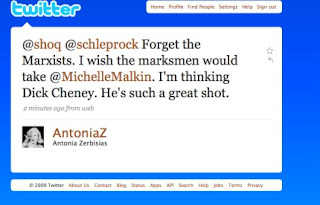 And that's why no one with the sense of a box of cat litter takes Weiner seriously. But I'm pretty sure you knew that already.

OH, DEAR. It should come as no surprise that Twatsy is already over there in the comments section, suffering from "CC Derangement Syndrome" and quietly stroking Weiner's brow, whispering sweet lies into his ear the whole time. That would be the same Twatsy who publicly threatened to physically assault me. Not quite the moral high ground you'd be expecting.

As I observed in his Comments section, this is the exact same strategy Republicans use in the United States to argue their right to carry guns: ignoring the other half of the 2nd Amendment.

Wiener is neither right wing nor left wing. He's a just a loon.

Ti-Guy wrote: He's a just a loon.I think the hat might be a tell

I believe it might be anarcho-syndicalism, but I'm not sure. Anyway, I'm not really that interested in what he's subscribed to, but what he's prescribed...

Oh yes, I remember THAT episode only too well...over at The Amazing Wonderdog about 4 or 5 years ago...

WP was a member of every party and every political stripe within a span of a few weeks and even ended up defaming someone (a conservative blogger, oddly enough, who Skippy (PBUH) defended).

Ah, the good old days...I wonder whatever happened to Wonderdog...

Mike, I also wonder. Came to mind a couple days ago while I was doing some research that led me to an old Wonderdog post.

I wonder whatever happened to Wonderdog...

So I do I. Maybe Skippy realised he was in danger of losing his sense of humour, something I wish I had realised back then.

What was the context before "Forget the Marxists" ?

LogicallySpeaking, re the 2nd: comma throws them..

LS, if you're really interested, some of it here and more complete here. Read from bottom to top.

Thanks for reproducing some of the thread. I can't follow the links, I don't know enough about twitter (and its tracking systems) to enable it yet.

Sorry, I realized after linking that you would actually have to be logged into Twitter to view it.

Werner wasn't exactly compassionate about Robert Dziekanski's case, especially in the light of his grieving mother.

Patshole hasn't ever reconciled his muscular christianity with that, has he?