Yo, Erin O'Toole: So far, your trucker heroes have ...

Those hillbillies are your demographic now, so you better fucking own them, you pandering asshat.

P.S. Here you go, Erin ... these are your people, you ignorant, pandering dumbass. 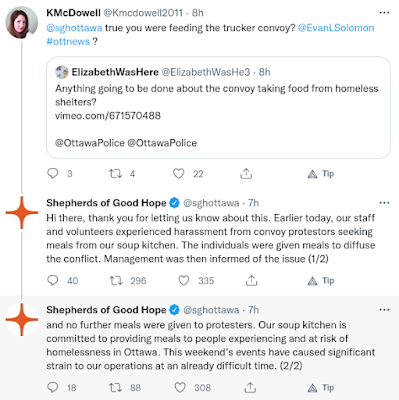 Fuck you, Erin. That can't be said enough.

UNDERSTAND THIS: Having hoovered up over eight and a half million dollars in donations, the "Freedom Convoy" in Ottawa is now, literally, barging into homeless shelters and taking food from homeless people.

Fuck these assholes. And if you want to make up for for the classless, graceless yokels that have defaced Ottawa for the last couple days, you can donate to the Shepherds of Good Hope here.