In today's episode of "Tweets That Did Not Age Well" ... 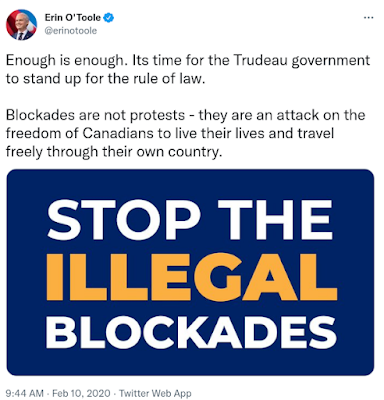 But that's different 'cause "shut up".

Well OBVIOUSLY, like everything else it's OK if it's white conservatives doing it.

And amusingly enough, Erin O'Toole bellowed that Trudeau should met with the "Truckers" - and the Canadian media reported this with a straight face.

Only in Canada would the media not question that the leader of the Conservative is asking Trudeau to met with neo-Nazis, bigots, racists and nutters.

Truth be told, I wonder why the Libs aren't pointing that out. Time to make the Cons unpalatable to all.