The newly minted Senator from Almost Spherical, Big Mike "In the Pocket" Duffy has been holding forth like a beached and shaven Orson Welles (after the drink had had a toll). Perhaps the rarified heights, the grand and exclusive vistas reserved for only Bureau Chiefs and the uppermost of middle management have endowed him with the wisdom to divine purity and truth while at the same time have starved him of the humility that comes of irony. I do not know. I can't say as I rightly care, though I'll note that Stephane Harper, Leader for Life of the Consliberative Alliance of Ruling Parties, has seen a good return on the dozens of lbs. of wings and bottomless pitchers that a catch like Duffy might command on the open market.

Then there's poor Mr Fife, who will suckle him to their teat and feed him the milk of conservative wisdom? Lloyd? No, I'm pretty sure he has some standards left. Maybe the other correspondents will leave the deluded poop on an ice floe. Or a loop bus. Kinder that way. Let either the wolves or taxpayers have a meal of him. Let nature take its course.

Anyway, on what planet does it seem wise for a man that looks like this... 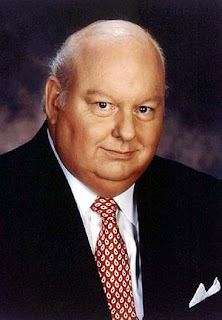 ...to start labelling these guys as "grotesque"? 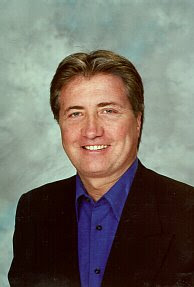 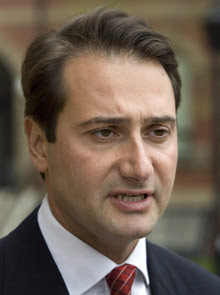 The Senator from Buffet Trawler PEI is laying down some bought and paid for smack on behalf of his petulant master.

"I saw the premier of my province going down what I thought was a very negative path."

Yes indeed Mr Duffy, hear hear. You're in the senate to be noticed. Like a sweating, tailored weather balloon. You're in the senate to get attention for issues that you care about! And on the occasion of your first speech in the red chamber, what issues did you care about? You chose the occasion to make sexually demeaning references about the Premiers of two provinces because they opposed your lord, the man to whom you have sworn fealty. And you can't have that.

The senator again refused to apologize for suggesting last Tuesday that Ghiz may get the "shaft" by getting in bed with Williams, saying the sight of two politicians in bed is "a grotesque scene."

Indeed, the death of irony. A man whose only regret might be that science hasn't developed a pot roast with chocolate chips is making fun of others in a graphic sexual context. Lord Dumpling actually has the temerity to proclaim their metaphoric, um, congress "grotesque". You want grotesque? I can do grotesque in two words:

Grotesque and also petty and snide and unnecessary. But then, I write for a blog. One that advertises snark and sarcasm. So while I'm not furthering the great national debate by making fun of Duffy's diameter, I am also not making a fucking speech to the Senate and I am not speaking as a fucking senator. So when I speculate that perhaps Duffy helped to propel his own career from partisan flack all the way to partisan hack by getting into bed with Mr Harper, it would be wrong. We all know that Harper is far too busy and aloof to bed every fat, grasping idiot doing his bidding. That's what airport toilets are for. Some  cologne and a  warm towel makes it seem like gift.

The thing that is most galling about this nonsense is that it obscures the real issue, the ongoing Conservative campaign to punish and scold constituencies that went against their grain. That Duffy chose his first speech in the senate to further the innuendo of threat coming out of Harper's government shows him quite clearly to be worthy of Harper's faith. And quite unworthy of a seat in the red chamber, the house of sober second thought. By my estimation, a senator in our parliamentary system has a duty to country, queen and constitution first and party affiliation second. We'll likely be stuck with Senator Duffy long after Steve Harper's political ship has run aground. It would be very nice if he figured out that he doesn't work for Harper, he works for us. The job of that house is to keep the short sighted, partisan twits from the commons from setting the whole damn place to ruin.

Funny that these trough gobblin' fools aren't interested in conservatism when it comes to respecting tradition or honouring history. The only time they cry tradition is when it comes to punishing women or queers or the "others" of the moment. Under loyalty oaths to party and policy, we'll get the razing of tradition in the name of reform. Steve hasn't strayed as far from his roots as expediency might suggest. Here's to you and your new job Mike Duffy, here's wishing you a long life and all the bacon you can lick. Here's to a life filled with sudden realizations and consequent apologies. Here's to you figuring out whose priorities you should be honouring. You're on our dime now Duffy, so shape up bub, you don't work for Steve Harper or his party.
Posted by Lindsay Stewart at 11:12 PM

Making obscenely sexual comments in public: it's the only way Duffy can get a club to beat his baby seal.

He died for me, completely and totally when he made Margaret Trudeau cry on national television.

I think a contest - a la Dan Savage - is required to come up with a suitable definition of "to Duffy".
Urban dictionary provides a start

Bad PSA .... bad, bad, bad for putting that picture in my head. Excuse me while I bleach my brain.

Is it just me, or are some of Stephen "The Senate should be reformed!!" Harper's recent Senate appointments making the news for all the wrong reasons?

Actually, I doubt very much that Lloyd Robertson has any standards left. Fife will be fine.

With regards to Duffy, I think we can all appreciate that he is a perfect metaphor for Canadian politics in 2009.

Just in case Alison is too shy to do so, I must share what she found on the internet and posted in the comments at DAMMIT JANET!

Freaky, right? It made me wonder if the creators of that creature came across photos of Duffy and used them as a departure point. It's the mouth and triple-chin effect that is so eerily similar ...

And speaking of sexually explicit...