Shocking. Who would have imagined that a mass shooting could have been motivated by being radicalized by a diet of far too much racism, bigotry, hatred and white supremacist propaganda:

Oh, wait ... we all could have imagined that: 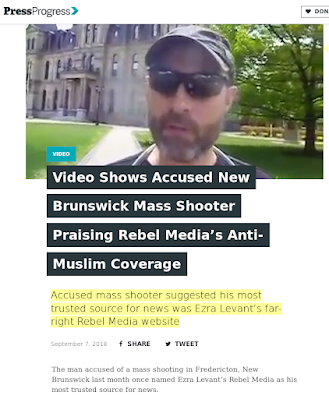 And why does this latest abomination sound so familiar?

And what steady diet of racist hatred could that Christchurch mass shooter have been feeding on ... oh, right: 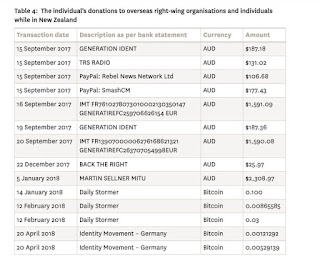 To be fair, it's not like Rebel News goes out of its way to demonize minorities or immigrants ... hang on ... 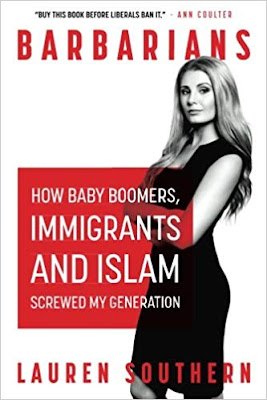 I think I've made my point.

BONUS TRACK: It will come as no surprise to anyone that the white nationalist sub-humans over at Rebel News really, really, really don't want to talk about how relentless demonization of particular demographics can end very badly: 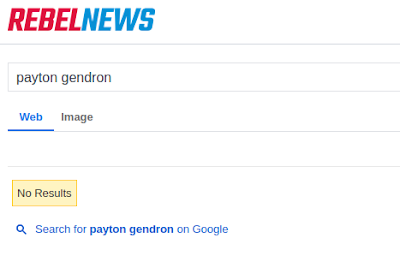 Are we allowed to predict how Der Rebel will screech hysterically, week after week, about the slightest indiscretion by "The Left," while studiously avoiding any mention of Buffalo shooter Payton Gendron and his public affection for the very philosophy spewed on a daily basis by Ezra Levant and his minions?

Had never heard of that book before. Holy Klan-Mother Batman!

I grew up in a conservative, evangelical christian environment, and ALL that entails. I used to read BC/Alberta Report magazine, which was basically a 90s precursor to rebel news in the pre-internet days. I was moderately racist, very homophobic, very misogynistic, etc, etc.
I remember watching American History X and thinking "This character might be a literal nazi, but he makes some really good points about jews and black people". That's where a huge swath of the right wing is these days. They don't care that 90% of their beliefs are shared by actual nazis. It doesn't bother them at all.
Thankfully for me, that realization helped spur me on to question my beliefs and I got better. I don't see that happening to the right wing in Canada. In fact, they seems to be getting worse.

Let's not omit 27-year-old Alexandre Bissonnette, the Quebec City mosque mass killer, whose court-submitted browser records revealed him to be a big fan of the more unsavoury Rebels,
https://www.nationalobserver.com/2018/04/17/opinion/bissonnette-was-far-right-internet-junkie-whose-addiction-turned-him-killer

How odd that the seeds of hate that the Cons have helped sow is being denounced by them...


Don't Cons ever take responsibility for their actions?