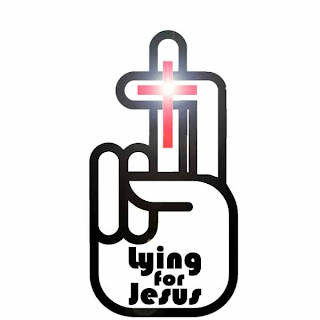 Future bag lady and full time zygoteer SUZIE ALL-CAPS is barking and squealing at HER usual, fever pitch about all things abortion. SHE comes to HER delusions honestly, SHE is after all a raving catholic. Which brings one to wonder about a few things. With all of HER raving about rights and protections for the unborn, why doesn't SHE care a fig for the children that are actually sentient, viable post-uterine creatures? Where is HER condemnation of the molestation, violence, torments and abuse of innocent children at the hands of Irish priests and nuns in workhouses? Nada. Not a peep.

Seems once the little buggers have been sprung from the womb, they're on their own. But these are the very children that SHE is fighting to bring to term, the children of the impoverished, the children of rapists, the children of drug users, the children of children. Once they start sucking air instead of amniotic fluid, SUZIE and HER band of cackling loons turn their self righteous gaze back upon fresh uteruses to enslave and force through pregnancy. Their sick obsession with the plumbing between other peoples legs is pathological. It has nothing to do with life or love or children. It is about controlling strangers and inflicting their will upon their persons, privacy and physiology. Evidently the so-called abortion mills are a terrible thing but SUZIE and HER ilk have nothing at all to say about the rape and torture mills that HER church operates globally. Perhaps they're just ensuring a fresh supply.

Which brings us to the issue of tactics. Recently in a thread over at Doc Dawg's, SUZIE lit into HER usual targets with HER usual zeal... equality... protection... blah di blah etc.

If you don't think abortion is right, don't have one  We believe in the equality of all human beings. All human beings should be legally protected.  And Dawg, what about the pro-abortion person who assaulted pro-lifer Sue Atkinson at the 40 Days for Life, causing her to be hospitalized.  If that's "concern for woman" I'll take misogyny, thanks.  I'm in the pro-life movement. I've never felt misogyny. I've felt misogyny from people who support legal abortion, though. SUZANNE |

Same old, same old. Except there's that claim that poor Sue Atkinson was assaulted by a pro-lifer and hospitalized. Wow. That's quite a charge coming from the side of the debate that thinks of snipers as sidewalk counsellors. In the time since Dawg made his post, I've done the occasional search of teh Google and SUZIE's own intellectual sink hole and those investigations have turned up... nothing. Not a frickin' word about an assault or hospitalization resulting therefrom. And let's face it, if there was so much as a shove, these nut jobs would be screaming and howling from the rooftops, how the evil baybee killahs hurted a good christian lady. That would be this good christian lady...

"I was struck by the simplicity of the whole approach," said Sue Atkinson, an Ottawa 40 Days for Life participant and side walk counsellor trainee. "It all boils down to love and prayer. We are pro-life because we love and for no other reason."

When training sidewalk counsellors, Reilly emphasizes that one is not present at an abortuary merely to "save babies," but that primarily, one must recognize that they are "at the foot of the Cross" and to be in prayer like Mary and John.

These busy bodies, cretins and crackpots have a taut network of sites and bully pulpits from which to scream and yet I can find no mention of a Sue Atkinson being assaulted by anyone, let alone a pro-choice counter protester. This hasn't even made news in their very own media cluster. Which leads me to the conclusion that SUZIE is willing to sidestep the truth as well as rationality to get HER way. I'm calling shenanigans on the crazy lady, until shown otherwise, I'm going with the supposition that the upper case harridan is a fibber of the first order.
Posted by Lindsay Stewart at 8:54 AM

In the interests of fairness, it's worth pointing out that Suzie All-Caps is not the only wingnut who lies outrageously. Recall, if you will, Blogging Tory JoJo who once pushed the "link" between abortion and breast cancer. And notice how the links to her original post suddenly fall off the edge of the world.

P.S. If you want an evisceration of JoJo's hideous dishonesty, go here, here and here. That should be enough to put you off your lunch today.

Blob Blogging Wingnut has been having, in the words of JJ at unrepentant old hippie, a 'full metal melt-down' in the last month or so.

LOL CC, those links were quite the little trip down memory lane (or maybe that should be "mammary" lane).

It doesn't matter what you say to these people, how many times you show them their "studies" have been debunked, they just turn up the volume and crank up the cut and paste speed.

I'm so glad I could entertain, JJ. Even I'd forgotten the crushing level of stupid and lying from JoJo and her drooling coterie of mouth-breathers. I'm guessing that it's only a matter of time before JoJo forgets all about her promise to research that stuff, and starts posting the same worthless shit all over again.

What's really creepy is Dr. Roy, whose medical degree doesn't keep him from pushing the same crap. Has that idiot not killed someone yet out of sheer negligence? Hard to believe.