... and that's how Brian Lilley works. 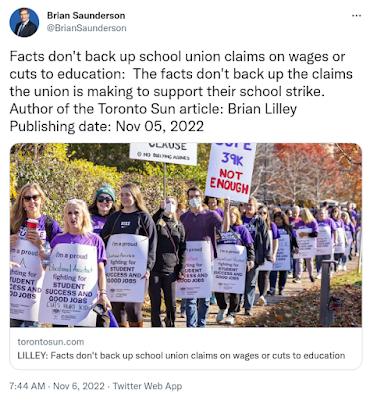 And given that Brian Saunderson is the PC MPP for Simcoe-Grey, I believe we now understand the flow of information:

Did I miss anything?

Yeah, the part before DoFo fabricates total bullshit. We all know that Dougie's not up to doing any kind of work, let alone fabrication. Someone else, presumably with a big chequebook, did the fabrication.

The circle jerk of conservative ignorance is complete.