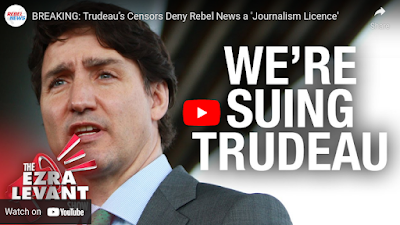 As I suggested earlier -- and as hard as this might be to believe -- Rebel News' Ezra Levant managed to pack two egregious falsehoods into the space of three words:

And as I pointed out, there are two independent claims being made here that are simply false:

It's actually quite something that, as much as you expect dishonesty out of Ezra Levant, it's an achievement to pack two lies into three words.

There should be a prize for that.

The Rebel has become a marketing firm for a small cadre of ambulance chasers and the communications wing of Pierre Poilievre's leadership campaign.