Former Speaker of the House, Dennis Hastert, has been awfully quiet of late. Here he relaxes as he rides out his final term and waits for either his investments, ahem, to mature or his name to surface in any of a number of investigations. 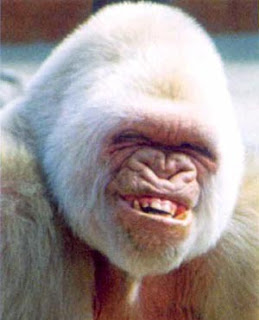 It will be interesting to see whether the ousted silverback manages to escape the building tide of the US Attorney scandal. Hmm, maybe not so much, "On March 14, 2007 Sen. Peter Fitzgerald "believes Rove was trying to influence the selection in reaction to pressure from Rep. Dennis Hastert, then speaker of the House, and allies of then-Gov. George Ryan, who knew Fitzgerald was seeking someone from outside Illinois to attack political corruption."
Posted by Lindsay Stewart at 12:32 PM

Like a house cards built from a tissue of lies.