As an IT professional, let me explain something that should be self-evident about how stupid this is: 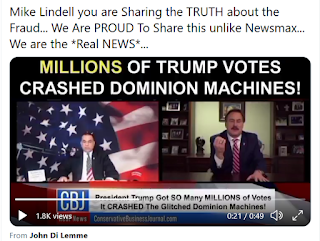 It is inconceivable that even "millions" of votes would cause an algorithm or processor to crash since even archaic 32-bit processors can store positive integers as large as 2,147,483,647 (that is 2**31 - 1, the largest integer value that can be represented via two's complement with 32 bits).

Do you understand that? Seriously, what part of that confuses anyone? The idea that nothing more than "millions of votes" should crash any algorithm in the midst of an election wherein way more than 100 million people were expected to vote is so imbecilic, it is positively Warmingtonian.