Sure, Donald Trump destroyed the U.S. economy, left its various federal departments in spectacular states of chaos, stacked the government with various cronies, bagmen and compromised hacks, downplayed a pandemic that killed hundreds of thousands, handed the keys to the country to Russia and, in a final grand gesture on his way out the door, explicitly invited bigots, racists and white supremacists to storm the Capitol, resulting in people actually being killed ... but sleazy, festering pile of human refuse Ezra Levant knows who the real villain is. 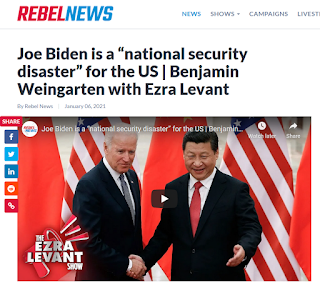 PREDICTION: It is only a matter of time before Rebel News blames all of this on Antifa and the "Black Lives Matter" Movement. Let's watch.
AND THERE IT IS, exactly as I predicted, as Ezra tries to spread the blame around and pretend no one can be sure who's responsible:

Sadly for Ezra, his wilful blindness is totally undercut by his own in-house white supremacist, Keean Bexte, who describes the protesters as Trump supporters who are rioting "to protest the stolen presidential election":

It has to suck when your own reporters can't even back up your lies.
P.S. If only there was some way to tell if these were Trump supporters ... some subtle clue or indication that would give it away ... 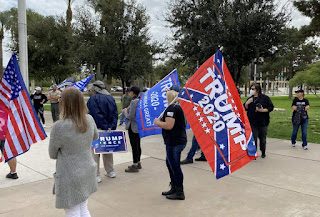 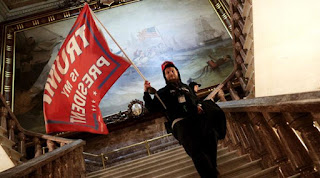