It falls, of course, to Rebel News right-wing propagandist Ezra Levant and his youthful ward, Josef, to totally and utterly misrepresent recent history: 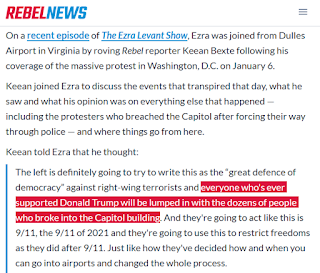 Yes ... gosh darn those unsavoury media outlets who will now insist on lumping in the occasional innocent, well-meaning Trump supporter with the "dozens" of actual violent rioters who stormed the U.S. Capitol and murdered a police officer. It's almost like all those photos of hundreds, if not thousands, of deranged, batshit fucking crazy Trumpists were all just concocted by the fake news media: 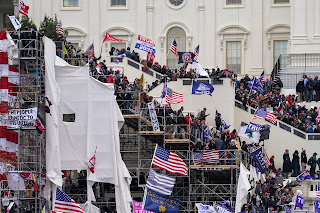 P.S. Just so you remember, these are the people Ezra and Keean are making excuses for: 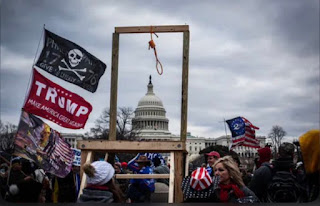