You keep using that word "anonymity" ...

While I wait for the tea to brew, I can throw out another, short episode related to my upcoming s. 137.1 appeal against Rebel Media's Ezra Levant, and this relates to a head-scratchingly bizarre submission in the Responding Party's recent factum.

One of the more significant issues to be addressed at the upcoming appeal is whether, under the Ontario Libel and Slander Act (LSA), I was entitled to a Notice of Libel within the mandated six weeks that the LSA requires given that I was posting on Twitter. In other words, the question being asked is, "Is public expression on Twitter covered by the LSA"?

I'm not going to get into the nuances of that here, but in arguing that Twitterers are not entitled to a Notice of Libel, the Responding Party makes a very weird argument. I will present it via screenshots since, if I reproduced it manually, you would swear I was pulling your leg.

In arguing that the LSA does not apply to Twitter, the Responding Party suggests, well, I'll just let you read the opening paragraph of that argument, because trying to summarize it could not possibly do it justice:

If I read this correctly, Ezra is suggesting that he had no obligation to serve me with a Notice of Libel because of ... a Twitter user's potential anonymity.

I will admit that this is a rather novel argument, and clearly applies to me because of my nefarious, closely-guarded, secret identity, oh, wait ...

Not knowing when to quit, Ezra (or his lawyer, it's not clear who conjured up this novel argument), continues: 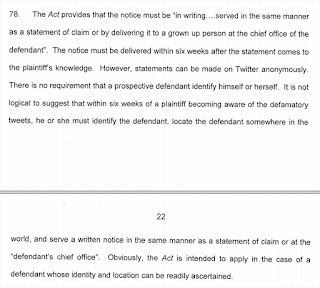 "... whose identity ... can be readily ascertained." You mean by, oh, I don't know, asking Google? You mean like that?

In any event, having beaten that argument senseless, Ezra sums it all up:

In short, Ezra's argument seems to be that he had no obligation to serve me with a Notice of Libel since ... he had no idea who I was.

I won't bother pointing out that my true name has been public knowledge for, oh, a decade.

I won't bother pointing out that, having failed to serve me with a Notice of Libel because of my alleged anonymity, Ezra's lawyer delivered the subsequent Statement of Claim to me at my real-life e-mail address. 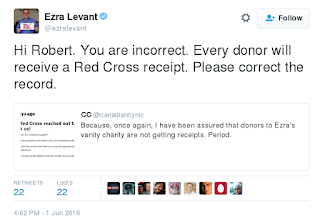 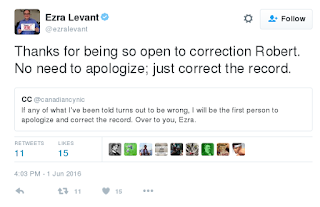 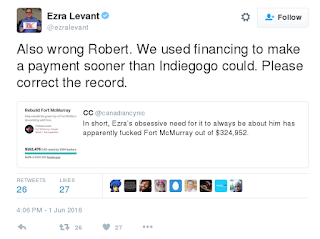 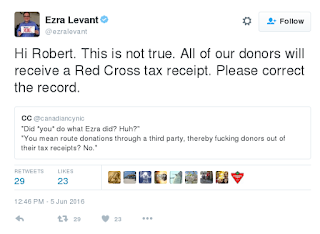 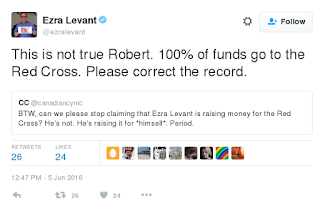 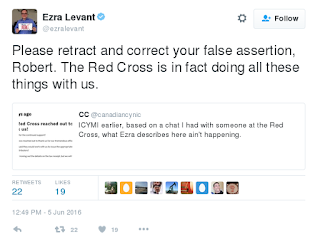 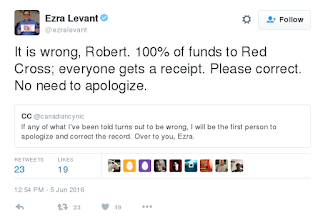 I'm just saying that, when it comes to knowing who I was, Ezra seemed to have a pretty good handle on the situation, so we'll see how well that argument flies at the Court of Appeal.

P.S. It's worth noting that this is the very first time this argument has appeared in any pleadings in this case, so it remains to be seen how the CoA enjoys getting sandbagged with an argument never argued before in lower court.

I hear they really enjoy that sort of thing, but I could be wrong.
Posted by CC at 1:13 PM