Once upon a time, I suggested that Rebel Media's Canadian arm had been reduced to just three yammering blowhards and twatwaffles:
My analysis seems to be panning out, as Ezra's latest guest was, in fact, well ... 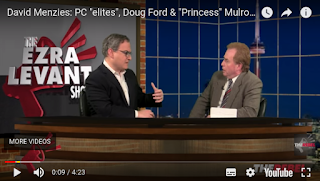 I'm getting pretty good at this.

P.S. Now that Ezra Lugenpants has been forced to unload Casa Levant, I have this weird fantasy of Ezra frantically setting up a green screen studio in a sleazebag motel, along the line of Schitt's Creek.