You know that shameless, self-promoting Rebel Media video featuring you and Rebel's David "The Menses" Menzies that you specifically requested not be posted? 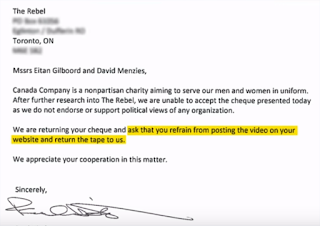 Well, it's still up on YouTube here and, in an extended form, here. You're welcome. (If anyone on Twitter wants to bring this to the attention of @canada_company, go wild.)

P.S. Toward the end of that extended sobfest from Rebel Media's pathetic excuse for a human being David Menzies, Dave directs viewers to the alleged petition he wants equally stupid people to sign at one of the 154,769 domain names registered by Ezra Levant, http://calloffyourdogs.com.

As I explained earlier, that domain name is now dead. Defunct. Deceased. So now Dave looks like an even bigger fucking prat than usual, if that's even physically possible.

AFTERSNARK: You know, I'm sure I'm not the only person who's been wondering that very thing.

P.P.S. Yeah, pretty much this: 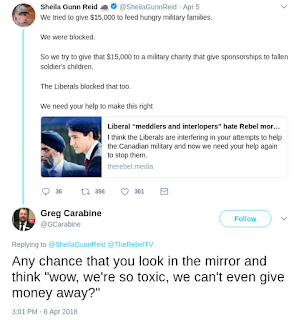 AFTERAFTERSNARK: Weird ... suddenly those web pages are back. But we're still not done here.
Posted by CC at 3:47 AM