It was over a month ago that I pointed out the embarrassing Potemkintude of one Rebel Media, and it would appear that the ongoing awkwardness of said media outlet in trying to claim contributors that simply did not exist finally drove someone to update their "About Us" page, where one now sees that the entire staff is down to 11: 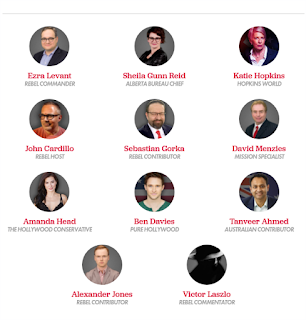 Remember, you read it here first.

P.S. It seems like just last August  (oh, wait, it was) that Ezra was claiming a staff of almost 50.

One wonders where the other 39 are hiding.

P.P.S. It seems only fair to point out that Alexander Jones is still listed on the masthead, despite his having published effectively nothing in the last several months: 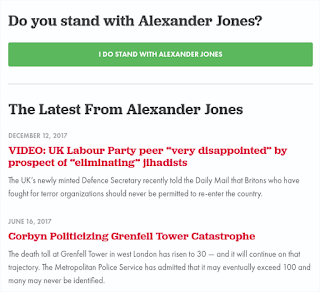 So, really, we're down to 10. Can single digits be far away?

P.P.P.S. Speaking of single digits, I think it's fair to say that Australian correspondent Tanveer Ahmed isn't really pulling his weight, production-wise, with only seven pieces in five months: 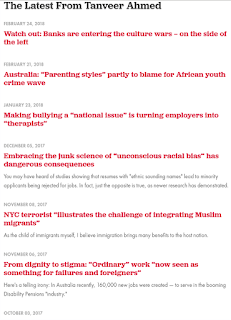