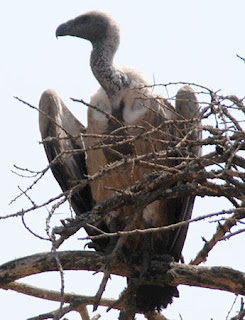 Circling above the plains of sorrow, a kettle of vultures give wing to their hunger. Immune to the rot and decay upon which they thrive, they seek out carrion and make an ugly art of death. Always associated with the fallen, always near and eager for their feed, there is no loss too small to fail their fetish altars. And should one ask their purpose they will cry out upon the sky that they are needed and they have a greater purpose, that they alone give dignity to the blood over which they hover. And they always bow their heads to prey.

They are not made for sorrow, their grim plumage always a shock of outrage, their vice a grim mockery of life and secret delight in death. They are the tyrant princes and harridan queens of the macabre, their cheeks and crowns daubed in the blood of strangers for whom they pretend to speak, before whom they pretend wisdom and over whom they would rule. Your depths and needs do not touch them, your wishes and thoughts fall unheard, they are deaf to all voices but their own. Each clatter of their beaks a celebration of the pornographic fascination they cling to, the celebration of blood and membrane. They feast on the tissue of personal anguish and keep pictures to remind themselves, pretty horrors to hurt with, prizes they cherish in the dirt of their crimson drunk eyes.

In their worst they are killers pure, by rifle and terror, with a vomit of prayer fresh on their lips. Their hands raised against healers and women, their hearts cold to the plight of the orphans and unwanted. No voice of a born child seems to find them, their temples corrupted by the dark touch of hidden monsters, for that would reveal them. In truth, theirs is no interest in life nor in innocence but rather in control and condemnation. These vultures would make our sisters chattel, beasts to be bred and ignored and they would fly gladly over the corpses when the back-room butchers discard them. There will be no end to abortion, prohibitions have never worked. All that these foolish vultures will end are the lives of grown women and children made pregnant, by mistake or by crime, and perhaps then they will be content circling the larger corpses they have helped to make.
Posted by Lindsay Stewart at 10:29 PM

Cold Lake, Alberta, used to be unusual in that vultures lived in such an unusually northern region. Bird-watchers would go to Cold Lake to see vultures. I suppose climate change may have altered things. It really isn't fair to compare them to SoCons.

That, genties and ladlemen, is how how blogging is done.
I'll be bookmarking this one for the next time people are looking for "post of the year" nominees.

These are PredaTory vultures - quite a breed onto their own.

Let me join the chorus of approbation.

Yes, a beautifully written rant. But I have to concur, what an insult to the actual birds, who take a useful place in the ecosystem. Unlike the critters so eloquently described.

Screw the aegypine bastards, I say. But vultures, like houseflies, do have their role, I'll admit.

that one's going up on the fridge.