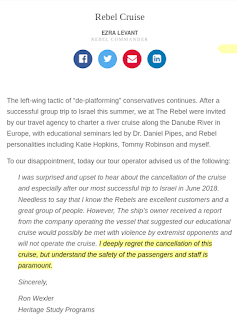 It takes some nerve to announce one boycott after another, then whine about being "de-platformed." I suspect the irony is lost on some of these people.
Posted by CC at 5:12 AM