Chronicles of Twatrick: Patrick back in Grande Prairie?

One of my anonymous informants draws my attention to a couple unsurprisingly unwatchable YouTube videos from Lloydminster's Patrick Ross, wherein one gets a good look at a distinguished building in the background: 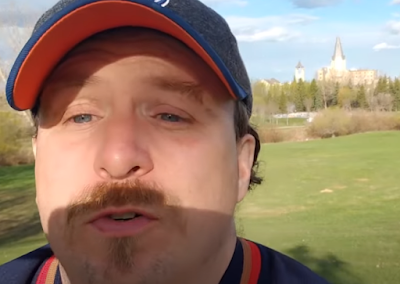 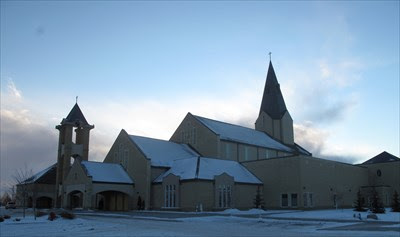 leading one to wonder if Patrick is back at his former place of employment and, if so, if he's playing any games trying to conceal income.

If anyone wants to weigh in on the probable identity of that building in the distance, help yourself, and I'll get the Saskatchewan sheriffs to take it from there.

BONUS TRACK: A Google Earth shot seems to confirm that, yes, this is the aforementioned structure, given the green space you can see that matches nicely with the background behind Lord Baron Twatrick von Loadenhosen: 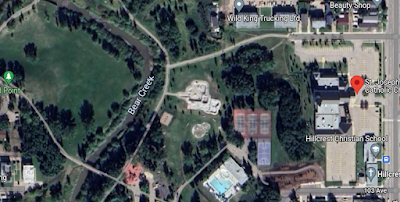 Some advice: When you're running from The Man, don't post videos that give away your exact meatspace co-ordinates.