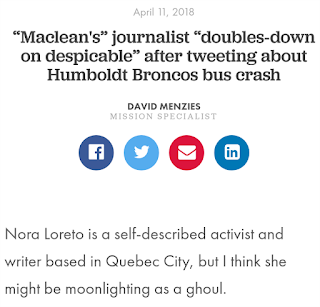 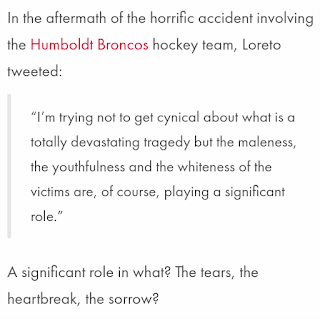 This would be the same David Menzies whose Rebel Media ex-colleague, Laura Loomer, celebrated the death by drowning of 2,000 desperate migrants, and wished publicly for 2,000 more: 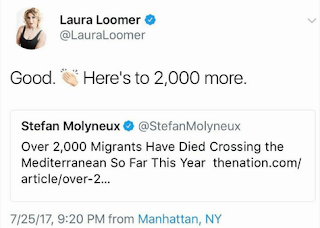 So, yes, David Menzies is a vile, pathetic, hypocritical piece of shit and waste of human skin and other vital organs. But you already knew that, right?

P.S. Hilariously, Menzies blows a hole in his own foaming-at-the-mouth diatribe with:

Uh, yes, Dave, based on the utter lack of grief or concern when 1,000+ indigenous women and girls have gone missing or been murdered, and Canada's conservatives' response is to throw the fucking file on the fucking floor of the fucking House of Commons: 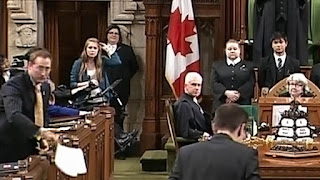 So, yes, Dave, you airheaded prat, not only is that the point Loreto is making, but your own fellow travellers have more than proved that she's absolutely correct in her speculation.