... just burning off the last few dollars collected by CC HQ's #WarmSocksYOW GoFundMe page from over the holidays ... 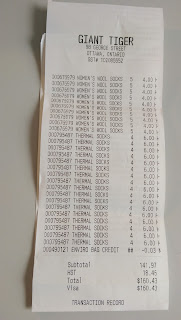 ... already deposited with the fine folks at the Ottawa Mission, who are adamant they could really use towels, so maybe the last couple hundred dollars will go to towels.

GOSH, THAT'S ADORABLE. Anonymous comment from someone too cowardly to leave their name accuses me of Photoshopping the receipt, demands to see the date. OK, then: 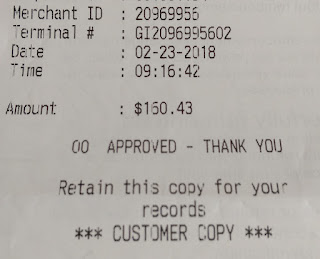 Any time you feel like stepping in and taking over, there's nothing stopping you. Like I said, they could really use towels. Knock yourself out.

UPPITY DATE: Initial snotty commenter, attempting to be snotty, gets ass handed to him/her and is challenged to put money where mouth is and contribute to charity. Instead, follows up with comment wherein frantically changes subject. I think we're done here. Thanks for coming.
Posted by CC at 9:49 AM