Considering that you can never get Canadian Jewish Congress CEO Bernie Farber to ever shut the hell up about anti-Semitism, it's pretty rich for him to suggest he doesn't want to get involved when someone is inaccurately smeared as an anti-Semite:

... This particular flyer has generated a lot of controversy.

Bernie Farber, the CEO of the Canadian Jewish Congress, says he's reluctant to wade in to what he calls a political bun fight.

"As far as we are concerned as a community, fighting anti-Semitism and terrorism and supporting Israel have been and should continue to be a unifying theme in Canadian politics."

Well, fuck you, Bernie, you useless douchebag. if you're going to bitch, whine, piss and moan about anti-Semitism 25 hours a day, then you also have an obligation to "wade in" and try to calm the waters when someone is unfairly tarred with that accusation.

Otherwise, shut the fuck up, you useless hack. 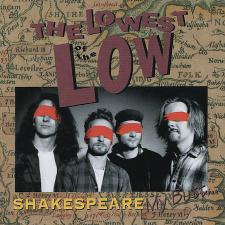 Bernie is courting both the Liberals and the Conservatives... why should he wade in knowing that it will hurt him...

This is about lobbying for Israel after all. As long as both the Liberals and Conservatives are trying to outdo themselves with their love of everything Israel why jeopardize that....


I'm sure if it said Palestinians or terrorism, he'd have no problems with an opinion...

Nice how he conflates terrorism and anti-Semitism.

Supporting Israel? We're supporting a Rightwing American Christian agenda. Christ. Bernie really needs to get out of Toronto and into the heart of Alberta Reform country more often. Or once, anyway.

Speaking of moral imbecility, I found this post today, which features a quote from Christ Hedge's Empire of Illusions:

The bankruptcy of our economic and political systems can be traced directly to the assault against the humanities...A culture that does not grasp the vital interplay between morality and power, which mistakes management techniques for wisdom, which fails to understand that the measure of a civilization is its compassion, not its speed or ability to consume, condemns itself to death. Morality is the product of a civilization, but the elites know little of these traditions. They are products of a moral void.

The "non-Right" really has to move up a level of inquiry to start understanding how extremely well-educated, bright, successful people of various ideological persuasions are managing to commit these types of sins (for lack of better term) with nary a second thought. A lot of us are also products of this system as well and have our part to play in it.

I bring it up, because when anyone mentions "Tom Flanagan," I automatically think "moral void."

Bernie Farber's just too silly or dumb to merit any real attention.

Flanagan's just a fly-by-night Yankee who came up here to reinvent himself as some kind of guru to the nutbars of Alberta.

The downside to the Vietnam draft dodgers. A lot to them, even liberal ones, infected and distorted our academics and politics.

I feel that Ty-Guy unfairly is dissing Americans again.

We all know that your better class of Vietnam era draft dodgers got educational deferments, snuk into the Air National Guard, or, according to the Wiki, as in the case of Former GOP Congressman Tom Tancredo, were so depressed they had to be treated by doctors for depression and could not go to Vietnam, and ended up staying in the US. So what you got in Canada in the way of draft dodgers was a biased sample, the ones who couldn't dodge the Real American way. Besides, you think American draft dodgers "infected and distorted [Canadian] academics and politics," you should come down here some day and look at what the better class of draft dodgers in the US.

Secondly, I'm worried about sooey. Ty-Guy just picks on Americans to pick on Americans. Sister sooey is violating The Rule of Occam's Razor.

When sooey talks about "supporting a Right Wing American agenda" it makes me wonder whether she can remembers the Northern Alliance, Ernest P. Manning, Stockwell Day, Stephen Harper and the lot of them. And Ty-Guy says the nut-cases are even nuttier in London, Ontario, than in Calgary. You don't need Americans to explain the nuttiness of Canada's New Government or its policies. George W. Bush decided that if you could sell Canadians on the idea that you can get a progressive and a conservative out of the same box, he, George W. Bush, could sell Americans on the notion that you could get compassion and a conservative out of the same box. It isn't Americans who corrupt Canadian politics, it is Canadians who corrupt American politics. Also too, David Frum, Rachel Marsden and Mark Stein.

I hope this will put an end to some of what I feel is unnecessarily picking on Americans.

That's not by intention. These people are unemployable in Canada. Stop feeding them and they'll wander away.

In my not-so-humble opinion, that is one of the greatest rock albums of its decade.

Bernie Farber seems equally loathed by both the right and the left. Must mean he is doing a pretty good job.

I'm not exactly sure why Farber gets singled out. Yes he is a strong advocate against hate and most specifically anti-Semitism. He has taken on street-thug Nazis, Islamist extremists, Holocaust deniers, racists and bullies. For this he seems to draw your derision because he didn't act exactly as you wanted him to act.

Cherniak tried to explain it and was semi successful. Farber runs the Canadian Jewish Congress. He is right not to immerse himself in the middle of a political war of words between Tories and Libs. His job is to be able to straddle all political fences.

Yet the message on Cotler did get out. A former CJC president at Durban 1 set the record straight in a letter to a newspaper and the other day the Israeli FM during Durban also had a letter published defending Cotler.

CC, politics is not for the faint of heart. Your attack on a good man was simply spiteful and unwarranted.

I have to imagine you know nothing about Farber's anti-racist work. I understand you have an issue with him on this thing but no one who knows Farber will treat you seriously when you attack him this way.